Hepatitis C symptoms vary a lot from person to person. This variation is due to many things, including how long a person has had Hepatitis C and if the person has other underlying health issues.

Generally the longer a person has had Hepatitis C the more obvious and various will be the Hepatitis C symptoms.

Knowing which of your health issues are actually symptoms of  a Hep C infection will help you make important treatment decisions.

Indeed, many doctors will not know that certain illnesses are actually being caused by Hepatitis C. So knowing the symptoms and manifestations of a Hep C infection helps you to take personal control of your health and avoid misdiagnosis..

So, because Hep C has many and various symptoms, knowing what these are will help you identify health problems which you or your doctor may not normally suspect as being caused by Hepatitis C.

Indeed, whilst the Hep C virus directly attacks the liver, there are many health issues that arise from having Hep C that are not directly related to the liver. Some of these arise because the liver has been damaged and is not functioning properly but others are more related to your immune system’s response to a chronic Hep C infection. The fact is that many doctors will not recognise many of the symptoms of Hep C.

Here are some of the common symptoms of Hepatitis C. Hepatitis C ultimately affects all areas of our health

I learned that I had Hep C in 2014, I had probably had it for about 40 years without knowing because I was asymptomatic. When I first became aware of my hepatitis C symptoms, I did not know that I had Hepatitis C, I just suddenly started feeling very, very sick.

I had terrible fatigue, my thinking was fuddled, my urine started to stink like rotten meat. I also started getting nose bleeds, bleeding gums and bruising easily. I didn’t know it, but these were all symptoms of Hep C and approaching liver failure. I honestly felt like I was dying; and I actually was.

At that point in time I was doing my PhD studies at university and did not know anything about Hepatitis C at all.

It was my wife who got concerned enough to Google the symptoms I was experiencing and she came to the conclusion that I either had Hep C or liver cancer and that I really ought to see my doctor… immediately!

Well, actually she ordered me to see the doctor.

After hearing my symptoms my doctor immediately ordered a Hepatitis C antibody test and a liver function test. The Hep C antibody test came back positive and the Liver Function Test showed that my liver was extremely damaged. My liver enzyme levels were ten to twenty times higher than normal levels. In response to this my doctor then ordered a Hepatitis C RNA viral load test and a week later it was confirmed that I had a chronic Hepatitis C infection.

That was how I found out I had Hepatitis C and I have to tell you that I was in shock.

Now when the doctor confirmed that I had Hep C I did not know anything about Hepatitis C except that I had it. I also learned that not many people knew very much about Hepatitis C, including my doctor.  My doctor could not tell me how I might have contracted Hep C. His opinion was that I must have caught it recently, within the last few years. But I knew that it was not possible as I had not engaged in any behaviours or activities that could have exposed me to the virus. (As it turned out I almost certainly contracted Hep C in 1974 and it had been in my system for 40 years) 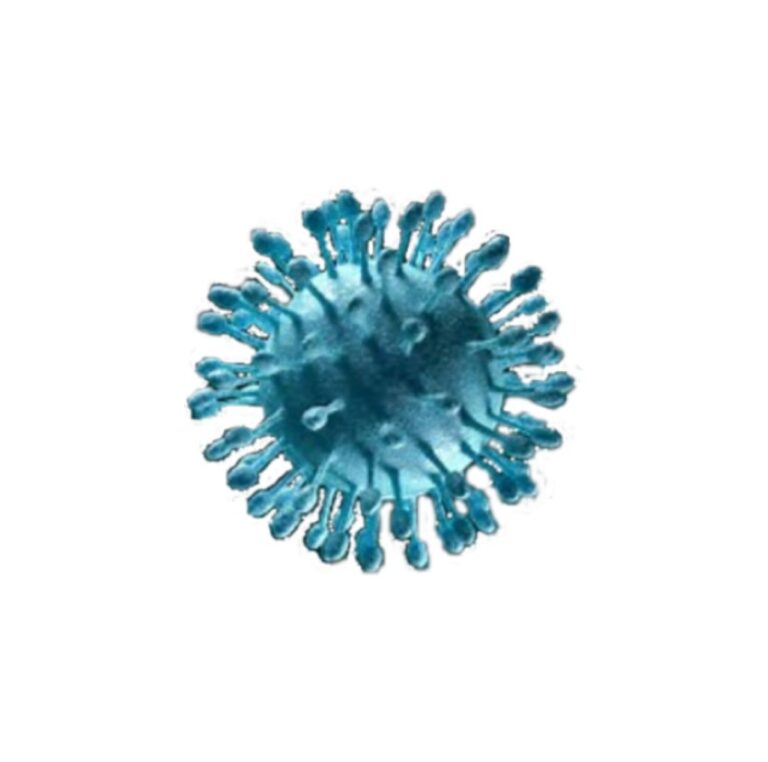 The Hep C virus uses its “spikes” to inject its RNA into your liver cells where it replicates until the cell dies and “explodes” releasing more Hep C virus.

But first: some information about the Hepatitis C virus

This breeding process can happen very fast and one or two Hep C viruses can become millions within days of entering your body.

If you have a viral load of one million then you probably have hundreds of millions of Hep C virus strands doing this to your liver 24 hours every day.

It is also important to understand that there is no such thing as inactive or dormant Hepatitis C. Either you have Hep C or you don’t. If you have Hep C then it is actively damaging your liver. 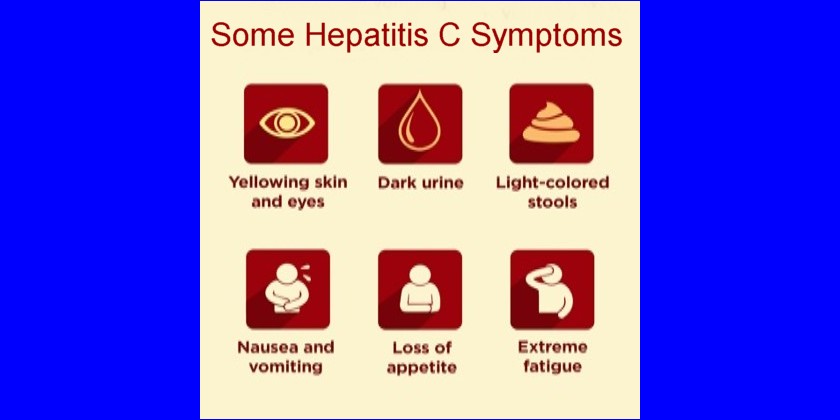 The most obvious effect of Hep C in the digestive system is through the damage Hep C does to the liver through creating scar tissue. Among other things, Hep C inhibits the liver’s ability to produce bile. Poor bile production can make it hard to digest fatty foods. A  damaged liver will produce pain throughout the abdomen from a build-up of fluid when the liver does not produce enough albumin, a substance that regulates the amount of fluid in cells.
Other Hepatitis C symptoms related to the digestive system include, nausea, vomiting, loss of appetite, weight loss and pale or clay-colored stools,

Hepatitis C and the Nervous System

One of the most important functions of the liver is to filter toxins from your blood. When the liver is damaged by Hepatitis C then it doesn’t filter toxins from the blood effectively; these toxins build up in your blood and damage your nervous system and also effect your brain. This nerve damage can lead to a number of problems including: peripheral neuropathy, impairment of motor skills and sleep disruption. A buildup of toxins in the brain can also cause what is commonly known as “Brain Fog”. Brain fog is a common symptom of Hepatitis C and typically includes confusion, forgetfulness and poor concentration.

Hep C and the Circulatory system

As well as filtering out toxins your liver also produces proteins needed for healthy blood and regulating blood clotting. When I learned I had Hep C I suffered from regular nose bleeds, bleeding gums and slow healing wounds.  All of those symptoms left me once the Hep C was cured.

A damaged liver will often have blood flow problems that increase pressure on the large vein that leads to the liver, the portal vein. This can lead to portal hypertension, which may force blood into other veins. If these veins burst this causes what is known as variceal bleeding and can lead to severe internal bleeding. Also a poorly functioning liver is not able to absorb, transport or store iron which will cause anemia.

Cryoglobulinemia is a very long word for a condition that basically means “your blood gets thicker”.  Put simply because your liver is not functioning properly your blood proteins clump together and the blood gets thicker… particularly if it cools a little, so its a real problem in the skin and the fingers and toes. Cryoglobulinemia will cause problems with circulation as well as effecting your kidneys, liver, skin, joints, and nerves.

Cryoglobulinemia is one of the most common symptoms of Hepatitis C and yet it is rarely discussed.

Hep C Symptoms caused by Cryoglobulinemia include: Joint pain, aching muscles, shortness of breath, fatigue, spots or patches on the skin and skin ulcers or sores and also itchy skin.

Hepatitis C virus (HCV) is essentially hepatotropic but its manifestations can extend beyond the liver. It can be associated with autoimmune diseases, such as mixed cryoglobulinemia, membranoproliferative glomerulonephritis, autoimmune thyroiditis, and lymphoproliferative disorders. The mechanisms that trigger these manifestations
are not completely understood. We describe a 48-year-old man with
chronic HCV infection (circulating HCV RNA and moderate hepatitis
as indicated by liver biopsy), cryoglobulinemia, and sensory and motor peripheral neuropathy.

When people think of Hepatitis C symptoms they generally think of the liver and only think of symptoms caused by damage to the liver. However science has discovered that the damage from the Hepatitis C virus actually extends beyond the liver into the entire body.

A LOT of doctors still do not know that Hepatitis C can cause peripheral neuropathy or that cryoglobulinemia caused by Hep C can cause lots and lots of severe health problems.

It was not until the 21st century that doctors began to realise that a Hepatitis C infection was a major cause of kidney failure, and is associated with progressive loss of kidney function. In my own experience I have personally seen people who were dying from kidney failure make a full recovery once the Hepatitis C was treated.

Rheumatoid Arthritis is a common symptom of Hepatitis C.  Hepatitis C related rheumatic diseases commonly manifest as painful joints and muscles combined with fatigue. These are most common complaints for people with Hep C.

What Other Symptoms Can Come from Hep C?

The Good News About Hepatitis C

If there is any good news it is that Hepatitis C is now quite easy to cure and that once the Hep C virus is removed from your body the liver will regenerate and these symptoms should disappear.

The important thing is to get rid of the virus as soon as possible before it can do permanent and lasting damage to your liver and your general health.

If you need help getting Hepatitis C treatment please feel free to contact me and I will do the best I can to help you.