Importing Sofosbuvir or Harvoni into Canada for personal use

Importing Sofosbuvir or Harvoni into Canada for personal use

Part of my ‘mission’ (if you want to call it that) is to try to clarify the legal position for people importing the new generation Hepatitis C drugs, such as Epclusa and Harvoni into their own country for personal use. On this page I will give information about generic Epclusa and Harvoni and how to import them into Canada. 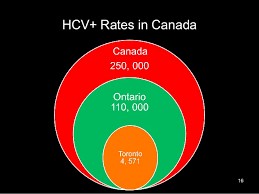 The Hepatitis C Situation in Canada

People with Hepatitis C in Canada are in a similar situation to people in countries like Ireland, Sweden and France. Hep C treatment is available through the Canadian government funded national health services however the huge cost of treatment and the high numbers of people with Hep C in Canada (estimated to be around 300,000) makes treating them all impossible.

Canada is paying about US,000 for Harvoni and Epclusa from Gilead and a little less for Zepatier, a new drug made by Merke, which is used to treat chronic hepatitis C virus genotype 1 infections in both treatment-naïve and has about the same cure rate as Harvoni.

So you can see that treating the entire Canadian Hep C population would cost the Canadian Health system at least US$15,000,000,000. Obviously such an amount is way outside of Canada’s health budget so access to Hep C treatment in Canada is triaged. That is to say only the sickest people have access to treatment. In most Canadian States this requires a fibrosis reading of F3 or F4, though some states may offer treatment to patients who are F2.

However this way of allocating Hepatitis C treatment flies in the face of all conventional medical wisdom, which says we need to treat diseases in the early stages before significant damage is done.

What Canada Health is, in effect, saying “If you have Hep C we will offer you treatment but only after your liver has been seriously damaged by the disease.”

This is like saying to a cancer patient, “You have cancer but we will wait until it spreads through your body a bit more before we treat you.”

Simply put it is an insane health policy focused on short term economic gain rather than optimum patient outcomes. The reason for this is that we know the longer the Hep C virus is active in the body the more liver damage is done and the greater the risk of getting liver cancer.

Bean counters are running the hospitals.

So Canadians who discover that they have Hepatitis C naturally do not want to wait until their liver gets more damaged; if they are F0 or F1 or F2 they want to get rid of the virus BEFORE they get to F3 of F4.

What at the options for getting generic Hep C treatment in Canada?

Whilst the obvious thing for Canadians with Hepatitis C is for them to purchase their own treatment using licensed Indian generic Harvoni or Epclusa or Harvoni the Canadian government makes things very difficult. Why would they make it difficult for Canadian citizens to access treatment to a potentially fatal disease? Simply put the answer is corruption. The power of Big Pharma.

Canada has the most restrictive rules in the world for importing medicines for personal use and the Canadian government is hell bent of enforcing them to the most strict levels.

Until recently there was a loophole whereby if the medicines were sent to a Canadian doctor or pharmacist the importation was allowed but last year (2016) medicines sent that way were blocked by Canada Health and Customs.

Once the Canadian government closed that loophole I created another option to help people in Canada access Hep C treatment, which worked successfully for a while. This was to send the Hep C medicines to a P.O. Box in the USA, just across the USA/Canada border and then the patient would drive down and pick up the meds themselves and drive home.

That worked fine for a while but then the Canadian Customs created a cyber link to all the deliveries to P.O. Boxes on the US / Canada border and they now question people when they return to Canada about what they picked up from the Box.

I know this from personal experience because I had been sending Hep C medicines to people from Canada this way for a while. Then one of my clients was returning home across the border with a 12 week treatment of generic Harvoni for his sick wife when the border control officer stopped him and asked “ What was it you picked up from that P.O. Box today?”

Being an honest man, he explained that he had collected medicines for his very sick wife who was waiting at home to start treatment.

To cut a long story short the guard seized these life saving medicines and no amount of pleading and explaining would get the Canada Customs to release the medicines to him.

This is one of the emails I received from him:

“When I passed through the Canadian Customs the officer ask me the reason I have been to the USA, I said to him ” For shopping.” and I showed him my receipts from shopping. Then after that he looked at his computer and told me ” But you have picked up something from the post box! Please show me the receipt and what did you pick up from the box?”

Then they saw the medicines. I showed the prescription. I explained the situation that my wife could not get treatment in Canada and she is very sick. But they did not care.

They say I am not allowed to bring to Canada any prescription drugs even for personal use with the prescription because it exists in Canada even though for that price that I can never buy the medicines.

Nobody about cares my problems!!!!.

I now communicate with them by phone hoping for something to change. They called me but nothing has changed!

Can you tell me what is another way???”

Of course he was in despair and I was furious!!! Here was a man trying to get medicines to his very sick wife and his own government is stopping him!

But I guarantee every delivery so I figured out another way of getting the medicines to him and just three weeks later he had the generic Harvoni and his wife started treatment.

Part of my work is to make certain that people can get the treatment they need, regardless of how restrictive or oppressive their government is.

Now let me explain how this works, I have a network of volunteers, citizens of the USA who live close to the Canadian border. I send the Hep C meds to them and they drive across the border with the meds and either mail them to the patient or meet the patient face to face and hand the meds over. Or the patient drives across the border and meets the USA citizen in the USA.

I won’t say how many people have volunteered to do this but it is a large number. They do it for no financial reward. They do the traveling at their own cost, so they are out of pocket from the whole thing.

They do it because they can not bear the thought of a fellow human being prevented from accessing treatment to a potentially fatal disease by their own government.

So here is the crazy situation. The Canadian government cannot afford to treat all its citizens who have Hepatitis C yet they actively and forcefully prevent them accessing effective and affordable generic Hepatitis C treatment.

Why would they do that? Only one reason… corruption in the Canadian government and huge influence of Big Pharma. It is a shameful situation.

However on the upside my network of volunteers is doing a great job and generic Hep C treatments are trickling into Canada at a steady rate without any problem. They can either be sent by mail from inside Canada or, if the Canadian person lives near one of my US based volunteers then a “cross border” exchange can be organized. This network of volunteers is great sign of the selfless and generous nature of humans in the face of government and corporate corruption.

If you live in Canada and need treatment for Hepatitis C I can help you to get either generic Harvoni or generic Epclusa into Canada. Please email me using the form at the bottom of this page