Hep C Test Results and How To Read Them

This page will explain Hepatitis C tests and how to read them. Below is the normal sequence that Hepatitis C testing is done in. Please move down the page for more information. 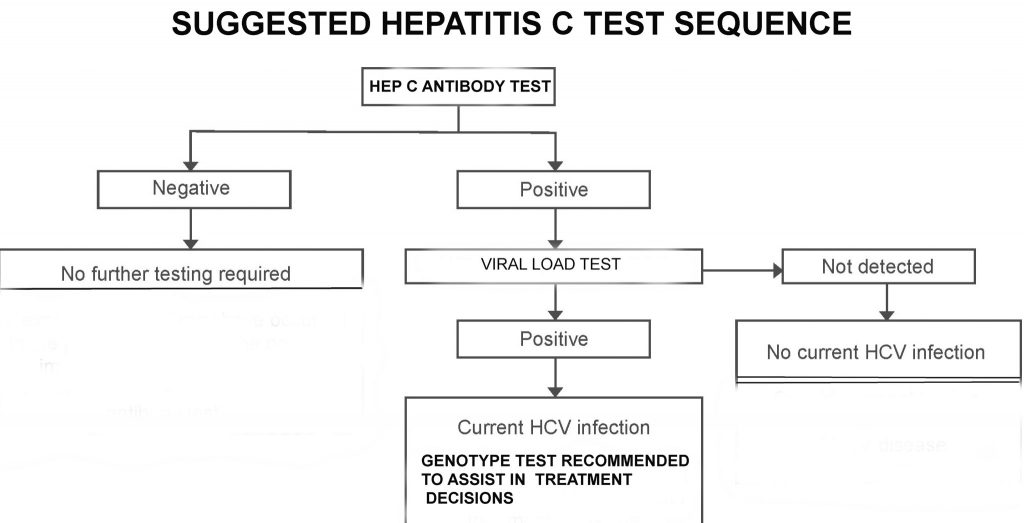 The first test to take if Hepatitis C infection is suspected is the Hep C Antibody Test. This is a cheap and fast test and you will get the results in less than 24 hours. Some times in minutes. If you test positive for Hep C Antibodies then there is about a 75% chance that you have Hepatitis C. But further testing will be needed

The Ideal Testing Protocol for People believed to be infected with Hepatitis C.

There is an ideal world where all Hep C testing is paid for by a health insurance company or by a government health service. Unfortunately, only about 30% of the world’s population have access to this “ideal world”. For the rest of the human population with Hep C who live in countries or circumstances where the cost of testing is impossible to afford, there are other ways to approach Hepatitis C testing, which I  discuss in a separate post. If you are in a country, or situation, where the cost of Hepatitis C testing is beyond your means please use this link to read about Hepatitis C testing options in low-income situations.

But here is the “ideal” testing sequence:

I will now explain the different tests. Please remember that if you do not understand any of this I am happy to talk to you via email. Also please remember that the sequence just described is the “ideal” if it is not possible for you to follow the ideal, which is also the most expensive, I will explain other testing options further along. If you want to talk to me use the contact form at the bottom of  this page. 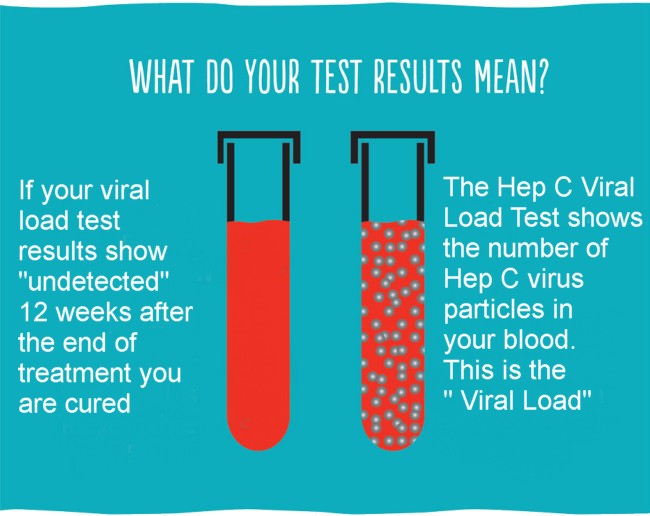 The VIRAL LOAD TEST (also known as the quantitative HCV RNA test). The viral load test measures the amount, or number, of hepatitis C virus particles in the blood. The result will be an exact number, such as “1,378,980 IU/L.”  This number is “the load” of virus a patient is carrying in their blood. The higher the number the more virus in the blood and in the liver. Numbers can range from 200,000 to 10 million or more. Ranges between 1 million and 5 million are common.

If the viral load test result gives a result such as “<15 IU/L,” (under 15) this means that the quantitative test used cannot measure the hepatitis C virus below that number. It may mean that there is no Hepatitis C virus in the patient at all, but it may also mean that the level of virus is just too low for the test to pick it up.

If the viral load test result at EOT 12 weeks shows “Undetected”  is almost universally considered to be a 100% cure.

Also worth noting is that viral load is not relevant to treatment outcomes. That is to say, having a  high HCV viral load of 5 million or a viral load of 1 million will not make a difference to cure rates. The factors that affect Hepatitis C cure rates are more to do with the level of liver fibrosis, how long the person has had Hep C and previous treatment history.

The Qualitative HCV RNA test is another test that detects the presence of the Hepatitis C virus in your blood. Its is usually slightly cheaper than the viral load test.

The qualitative test does not measure the number of hepatitis C virus but simply confirms that the Hep C virus is present in the bloodstream or not. The result is reported as either “detected” or “not detected.”

If a qualitative RNA test is positive (detected), then it is certain that the patient has Hepatitis C DNA in their blood. If it shows “undetected” then there is no virus.

The “qualitative” test is more accurate than the “quantitative” test because qualitative tests are able to detect very low levels of the virus. But is does not give exact numbers of Hep C virus.

Once it is confirmed that you are infected with the Hepatitis C virus the next step is to work out the best treatment option. 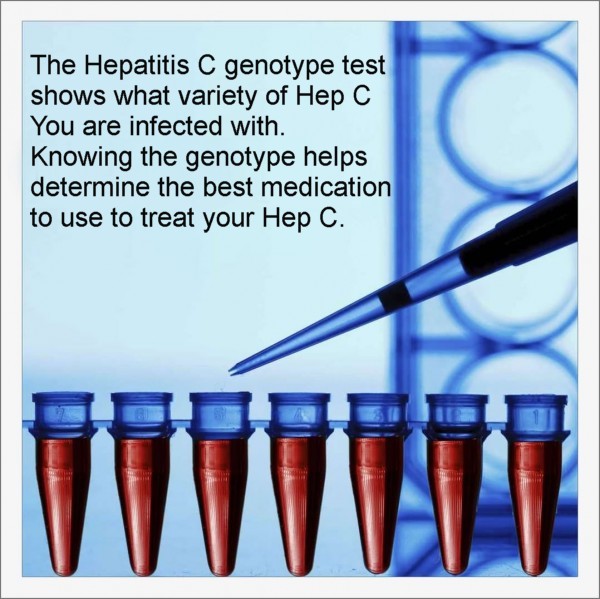 There are quite a few different Hepatitis C genotypes but in most countries the common infections are genotypes 1, 2 and 3. You can click this link to understand more about Hep C genotypes.

Knowing the genotype is helpful for choosing the best medication to treat your Hepatitis C infection with. This is something that should be discussed with your doctor or health professional. But to give an indication here are some different Hep C treatment options showing which genotypes of Hep C they will treat.

Sofosbuvir + Daclatasvir is used to treat all genotypes.

Mavyret is used to treat all genotypes

Whilst knowing which genotype of Hep C you have is very useful for choosing the best treatment options a LOT of people around the world cannot afford the cost of a genotype test or do not have access to a genotype test because this test is not available in their country.

The Liver Function Test is a cheap Hepatitis C test that tests a range of enzymes and other substances that are produced by the liver. Amongst these enzymes there are what is called “marker” enzymes, or “indicators”. These enzymes indicate the general health of your liver or, conversely, how much damage is being done to your liver by the Hepatitis C virus. Elevated liver enzymes usually indicate high levels of liver fibrosis or cirrhosis.

The main indicator enzymes are:

There is actually no critical reason that you need to have any testing done during treatment unless you have other serious health issues that might be effected during treatment.  For most people the there will be no need for testing during Hepatitis C treatment with DAAs.

However if you are in a situation where you can access blood tests for free, or can afford them, it is interesting to get a viral load test and a liver function test after four weeks of treatment. The reason for this is that it will confirm that the treatment is working.

By week four of treatment your viral load should be at undetectable levels and your liver function test should show liver enzymes at normal levels, or at least significantly improved levels.

It is reassuring to get these tests done but not necessary at all.

Once your Hep C treatment is completed there is only one test that is absolutely needed and that is a viral load test (or PCR test) 12 weeks after the end of treatment.

The term “End of Treatment” is commonly shortened to EOT.

Generally it is a good idea to get a liver function test every year or so after clearing the virus just to be sure you liver has completely healed and there are no complication caused by the damage done by the Hep c infection.

If it is possible then it is worth having a Fibroscan some time after the end of treatment, particularly if you have had a Fibroscan prior to treatment and your fibrosis levels were high, or if you have cirrhosis.

Generally speaking the liver heals very well after treatment and fibrosis levels improve. Most people with cirrhosis will find that the cirrhosis disappears within a year of completing treatment. For more information on how the liver heals after the Hep C virus is removed please click this link.

The important thing to remember is that the sooner you cure yourself of Hepatitis C the better. The longer you have Hepatitis C the greater the damage that the virus does and the more chance there is of you of developing serious, long-term, possibly fatal, health problems.