Another Inspiring Story from Texas

Another Inspiring Story from Texas

Every day I get emails from people who tell me their story of clearing the Hepatitis C virus using generic treatment. Every story is precious and every person feels such relief and joy at having cleared this wicked disease. Obviously everyone has a different story to tell of how they caught Hep C and how they cured it. For some reason I get a lot of inspiring Hep C stories from Texas and this story below is from a young Texan man whose journey is particularly inspiring and really needs to be shared.
Michael’s story reminds us that we have the power to take control of our own health and to never to give up.

Hello, I am Michael and I am 45 and I live in Texas in the USA and this is my Hep C success story.
It turns out that I was first diagnosed with Hepatitis C in 1988, when I was only 16 years old… but no-one told me that I was infected with this illness until 1992, when, as a 20 year old I went into a Blood Donor location to give blood.
Each year our local radio station gave away tickets for those who donated, and this year was my turn, I was so excited to get these tickets to the Van Halen show.
When the Blood nurse turned me away, saying that I had Hepatitis C, my first reaction was that they were making some kind of mistake, they had to be wrong about this. So I went to my mother and asked her about it, and this is when she let me know that my parent already knew I had HEP C, and that the man that had molested and sexually abused me when I was a kid, had also very recently died from the complications relating to HEP C.
This was my 1st experience with HEP C, on a long road to recovery that spans decades; it is a story I will share now.
So, I have had HEP C for many years, probably since I was about 14 years old.
In 1992, when I was confronted with the fact that I had Hepatitis C it wasn’t something people knew a whole lot about back then. So I was given a Bleak outlook and told to abstain from Sex, Alcohol, Drugs, fatty foods, sugar, you know… pretty much everything a guy in his early 20s wants to indulge in.
So, for several years I waited around on my imminent death, at least the doctors I had seen had scared me into thinking it was imminent.
Then in 2003 I went on interferon / Ribavirin combination therapy, for 48 long miserably tiring weeks.
As so often happens the interferon failed and I slid into a deep depression and began using street drugs, falling further and further into Hep C whirlpool of despair.
In 2010 I began hearing rumours of a new trial drugs coming onto the market, from my doctor. At this time I was going through physical therapy for the total shoulder and hip replacement I underwent in 2007, and the use of so many narcotic pain meds helped push my liver to a new and very bad place.
By late 2013 I had a fibrosis score of F2 and I have to admit to drinking some, which did not help my already stressed liver. I was feeling really helpless and without hope because I couldn’t find a doctor that would work with me.
For another 2 years I waited around on doctors to finally see me for me and help me. In 2015 I met with a new doctor in Oregon, USA, and with the new advancements in Medical Marijuana and ALLOWANCES by the Oregon doctors to prescribe and treat patients who use MMJ, I was able to get with a new doctor who was more understanding of, and interested in, my total health conditions.
In Jan 2017 she came to me and said, “Mike.. you are now F3. Your liver has been put through hell, by you, by other doctors, and the HEP C virus. Your viral load is 35 Million and we have to do something now!”
So she sent me to another doctor in Oregon and he told me that the waiting list was long, and that the treatment was almost US$83,000 and that my insurance wouldn’t cover it, but they’d put me on a waiting list and contact me when my turn came up, but it could be a few years for this to happen.
The only advice they had was for me to try to take as good of care of my liver until then.
In other words, I wasn’t going to get healed. I was being told I can’t afford the treatment and they weren’t going to be paying for it, and therefore, I guess I would continue with my side hurting like hell and me being afraid of dying every day.
More and more I thought about dying.
More and more, each and every day, the most consuming thought I had was dying from complications from HEP C and of leaving my loved ones, leaving them to clean up after me.

This despair consumed my mind until one day I went online to Facebook and went into some HEP C groups and started asking questions. Nobody instructed me to go to Greg and James’ Facebook groups; I just stumbled onto them by mere accident.
I sat quietly in one of the groups for some days and watched and asked a few simple questions about how to get healed and was informed who to talk to.
The person I spoke with, I’ll keep his name Anonymous, but this man told me all about how easy it was to get the medicine and at first, I was thinking, skeptically,
“Sure, if it’s that easy then why aren’t more people healed?”
But I went along with it and listened and this man and myself discussed how I could be healed of this horrible death sentence, HEP C.
So, a few days went by and then there it was in my hands, three little plastic bottles holding 12 weeks of generic Epclusa, and I looked at the meds and thought at first,

“Hmm, could these really be the medicines needed to heal me, or is this some trick?”

I waited 2 full days and asked others in the groups about it, and then on Monday August 7th, 2017 I began my first dose of Generic Epclusa.

NEGATIVE for the HEP C VIRUS, the range of the detection tests was <15 so the result was saying I was effectively zero… or cured! 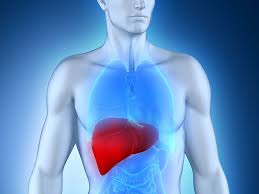 Hepatitis C can be cured easily and cheaply. Sometimes folk think it is too good to be true!

On Oct 31st I went in for my monthly screening and my doctor invited all of the medical staff into the room with us, and introduced me to all of them and bragged because this was her first success story with Hep C and is was almost as excited as me that I was cured, healed and clear of Hepatitis C.

My Hep C FaceBook Group
What follows is the story I shared to my Facebook Hepatitis C support group on that exciting day:
“So, I went to my doctor today, and she said this test showed REDUCED FIBROSIS SCORE AFTER TREATMENT and my doctor couldn’t stop bragging and telling me what a miracle I am to her and how she’s so excited because as a doctor it’s IMPORTANT TO HER THAT ONE OF HER PATIENTS HAS SUCCESS and she had all of the staff come in and meet me and told them all about how I used to have HEP C and she told them all about how I met this man and how this man helped get me medicine  and how wonderful it is that someone HELPED ME because everyone in her office knew OF ME, THEY ALL KNEW THAT 8 MONTHS AGO I FLIPPED OUT IN HER OFFICE BECAUSE SHE TOLD ME I WAS IN STAGE 3 AND THEY COULDN’T GET APPROVAL FOR THE MEDICINE AT THAT TIME..
So, now I have SLAYED THE DRAGON. IT’S YOUR TURN NOW. I BELIEVE IN YOU.”
Michael
Nov 3rd 2017 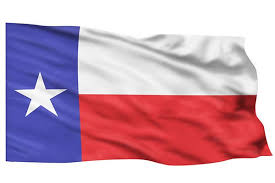