Hepatitis C Dying for Medicine in the USA 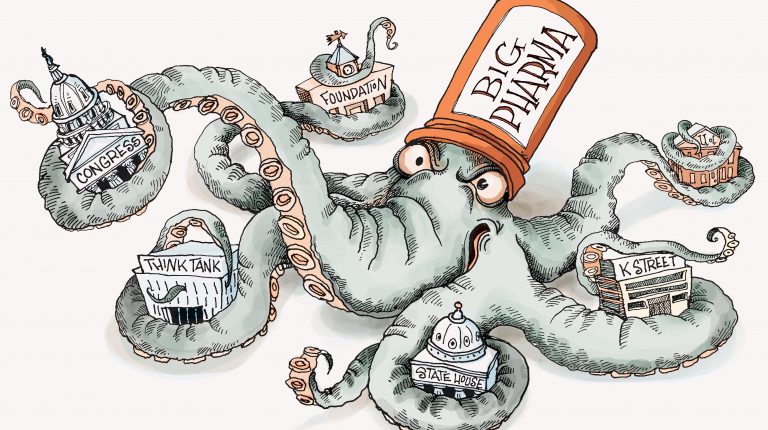 Big Pharma’s pricing policies cause more preventable deaths each year than any other cause. More than traffic accidents or gun violence.

Whilst most of my work is focused on helping people with Hepatitis C access affordable treatment I am also very aware of the difficulties being faced by people in the USA and other countries where Big Pharma artificially inflates the price of critical, lifesaving medicines.

The health system in the USA is stacked against anyone who does not have the top range health insurance.

Particularly those who are called the “working poor”. People who do 40 hours of work each week for a paltry wage, a wage that might be just enough to pay for food and rent and the basics of living. These people struggle to find the money to live from day to day and if they suddenly need some kind of regular medication it’s almost impossible, or completely impossible, to find the money to buy medicines that may mean the difference between life and death.

A study in 2015 by the Harvard School of Medicine says that 45,000 people die every year due to a lack of health insurance, and therefore a lack of access to ongoing medical care for a wide variety of treatable conditions.

At least 1.5 million Americans will receive a cancer diagnosis in 2019, and hundreds of thousands of them won’t be able to afford their prescribed medications.

One fairly common cancer drug called Alecensa costs more than $159,000 a year. Many others hover around that price range. A 2014 study published in The Oncologist showed a quarter of all cancer patients opted not to fill a prescription due to the cost and nearly 20 percent only filled their prescriptions partway or took less than the prescribed dosage.

A 2019 Gallup Poll about the cost of medication in America showed that 58 million adults reported an inability to pay for needed drugs in the year of 2018.

The fact is that every year more people in the USA die as a direct result of Big Pharma’s pricing policies than die of gun violence.

USA Mainstream News Media Does Not Talk About This Problem

Every week hundreds of people in the USA die simply because they can not afford the medication needed to keep them alive because Big Pharma outrageously inflates the price of medication in the USA.

Every year more people die because of the high price of prescription medication in the USA than die from gun violence, yet the mainstream media ignores this huge problem.

Why does the USA’s mainstream media ignore this BIG issue?

Is it because they are scared or Big Pharma?

Or is it because they are owned by Big Pharma?

Whatever the reason, the fact is that the mainstream media in the USA just does not give the extremely important issue of the high cost of medication in the USA  any serious attention.

No US television station has covered the fact that Hepatitis C drugs are available to US citizens, legally, at a fraction of the price being charged by Big Pharma to US citizens

So it has been given to the Australian television show, SBS  Dateline, to tell the story of the suffering and dying being caused by Big Pharma in the USA. Of course this 30 minute documentary only scratches the surface of the terrible situation that tens of thousands of US citizens find themselves in every day.

I feel privileged to have been a part of this production.

“… the reason for the cynicism that the American people have about the way we do business here in Washington. PhRMA (Pharmaceutical Research and Manufacturers of America), one of the most powerful lobbies in Washington, will exert its influence again at the expense of low-income Americans who will again have to choose between medication and eating.”

From a very interesting article at https://tarbell.org/2017/11/from-our-founder-why-we-chose-big-pharma/

Price Of Medicine In Usa