Google’s changes to its core algorithm on the 3rd December 2020 mean that my website is now much harder for people to find and visits to my website have dropped from about 250 a day to less than 50 per day. 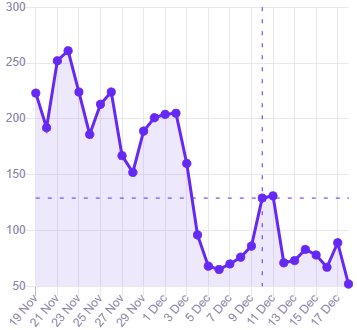 On the 3rd of December 2020, the daily visits to my Hepatitis C website suddenly plummeted, dropping from around 250 a day to around 50 per day.

I had no idea what has happened and continued to watch as each day numbers dropped lower and lower.

Fortunately, my brother-in-law, Russell Lean, is an SEO specialist so I spoke to him and he explained that Google had made some drastic changes to its core search algorithm for health-related websites that profoundly favored big corporations and disadvantaged small operators like myself.  He explained that the changes strongly favored anyone who advertised regularly on Google… you know those paid advertisements that pop up whenever you do a google search.

I was astounded, I thought Google was an ethical company dedicated to providing unbiased searching that would take users to the sites with the best information about the subject they were searching on… apparently not anymore!

So I did a bit of research to try to find out what was happening.

I remember many years ago, when I first became aware of Google being the number one search engine I heard an interview with one of its founders explaining that Google had a corporate policy of ethical behavior that involved the motto “Don’t Be Evil.”

I was so impressed by this position that it stuck in my mind over many years. It stuck in my mind because it was directly opposed to the corporate normal of “Profits By Any Method.”  I thought that there was still hope for humanity if one of the world’s largest and most powerful companies could take such a strong ethical position… but in May 2018 something changed, dramatically.

Google’s unofficial motto “don’t be evil ”  was removed from its corporate code of conduct some time in late April or early May 2018.

“Don’t be evil” had been included in Google’s official corporate code of conduct since 2000.

But in 2015, Google adjusted the official motto to, “Do the right thing.” but retained “don’t be evil” as part of its corporate language until April 2018 because “Don’t be evil” was so deeply incorporated in Google’s corporate culture.

In 2018 all use of the phrase Don’t Be Evil was erased, removed, deleted, from Google’s corporate mind.

Back in the good old days, Google’s position on “Don’t be Evil”  was about providing its users with “unbiased access to information, focusing on their needs and giving them the best products and services that we can. But…. also about doing the right thing more generally – following the law, acting honorably…”

” It’s built around the recognition that everything we do in connection with our work at Google will be, and should be, measured against the highest possible standards of ethical business conduct.”

But that all changed when Google became a public company and generating profits became its primary focus. With that change came the decision to remove its motto “don’t be evil ” from its corporate code of conduct. That happened some time in late April or early May 2018.

Goodbye “Don’t Be Evil” Hallo “Profit at any price.”

So Google grew from its idealistic roots into a ruthless corporate monster shaped by unbridled ambition and profit-driven decision-making that uses technology’s networking platforms combined with lax regulatory oversight to perpetually pump up their profits.

So why am I ranting on about Google’s loss of its moral compass?

Because on the 3rd of December Google made some changes to its “core algorithm” in the way it ranks health and medical-related websites, changes that will ultimately cost lives and prevent access to the best and most affordable Hepatitis C treatment, as well as lots of other health services and treatments.

That is because these changes directly favor companies and entities that are owned or associated with Big Pharma or Big Medicine.

What this means in real terms is that people like myself, operating outside of the “status quo”, have lost their google ranking of searches related to their core businesses. In my case, this means that my website has lost its ranking and is harder to find for people searching for information about Hepatitis C and Hepatitis C treatment, which means that people seeking affordable Hep C treatment will find it difficult to get good information.

But its not only about my service or about Hepatitis C. There are lots of cheap generic versions of lots of medicines that Big Pharma does not want people to find out about.

There are cheap cancer medicines, cheap diabetics medicines, herbal medicines and so on. All these will be much harder for people to find because of the changes Google has made.

You may think that claim is a little paranoid but let me give you examples from my own life.

Within 18 months of when I started helping people access affordable Hep C treatment, I was banned by PayPal, Western Union and MoneyGram.

Then Visa and MasterCard closed down my access to online payment processing. Then TransferWise blocked me.

All of the above companies are huge USA based corporations.

They had no reason to block me, I certainly was not breaking any laws in the USA or any other country. When I tried to find out why I had been blocked I received no response.

I recall when Visa shut down my online purchasing facility I phoned my bank and asked why it had been shut down. their answer was “Sorry we can’t give you a reason, we can only say that Visa can shut down anyone they want without having to give any reason.

Obviously, Google has not aimed this change to its core algorithm just at it… its aimed at all the small companies around the world who offer health related products or services at significantly lower prices the Big Medicine and Big Pharma.

In the end the people who will suffer most from this are the poor and needy.

POSTSCRIPT: Beware the Vengence of Google.

Two days after I published the above post all emails that I sent to gmail email accounts were blocked. That lasted just 24 hours… a reminder to me from Google.

Since publishing the above post my ranking has dropped further.

Since 2015 my website was always ranked in the top ten websites for information about Hepatitis C. Normal traffic was around 250 visits per day. After the changes in Google’s core algorithm visits to my website dropped to about 50 per day. After I published the above post they dropped to 30 per day. 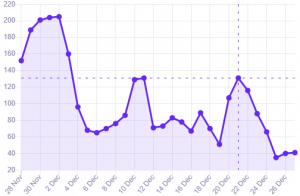