Gilead’s presence, its dominance, at EASL was overwhelming

After getting off the Eurostar in Paris I had to negotiate the Paris Metro rail service, which was interesting but ultimately went smoothly… an omen that my decision to go with the flow was the correct one.
My trains linked nicely and I arrived at the exhibition centre at 11.30.
The size and scale of EASL was overwhelming. The “conference” reeked of money, huge amounts of money! All the money that doctors and Big Pharma can squeeze out of people with diseased livers.
It reminded me of a comment one of India’s leading gastroenterologists made to a friend of mine when he went to enquire about getting Hepatitis C treatment in the pre-generic days. The first thing this doctor asked was:
“How much money do you have?”
Inside the convention hall were display stands for Zepatier, Mavyret and Epclusa and many other products related to treating liver diseases. The three DAA stands were by far the biggest but Gilead easily won the “Biggest and Most Number of display stands” award with three huge and separate stands. I would guess Gilead had spent more than $1,000,000 on their display stalls and the several dozen staff attending each stand.
But before I took a tour of the exhibition space I first wanted to meet my good friends Dr James Freeman and internationally respect HIV and HCV activist Giten Khwairakpam, who both were somewhere in the building. By fluke I found them together having lunch next to Gilead’s Epclusa stand.
It was fantastic to meet both these dedicated people in such an environment and we were soon talking excitedly about all things Hep C as we began exchanging stories.
However; after half an hour of laughing and story sharing it was down to business. I wanted to interview someone from Gilead but I needed to find the film crew first…
Then Bang! they also appeared as if on the script.
So with cameras rolling I wandered into Gilead’s sacred space. 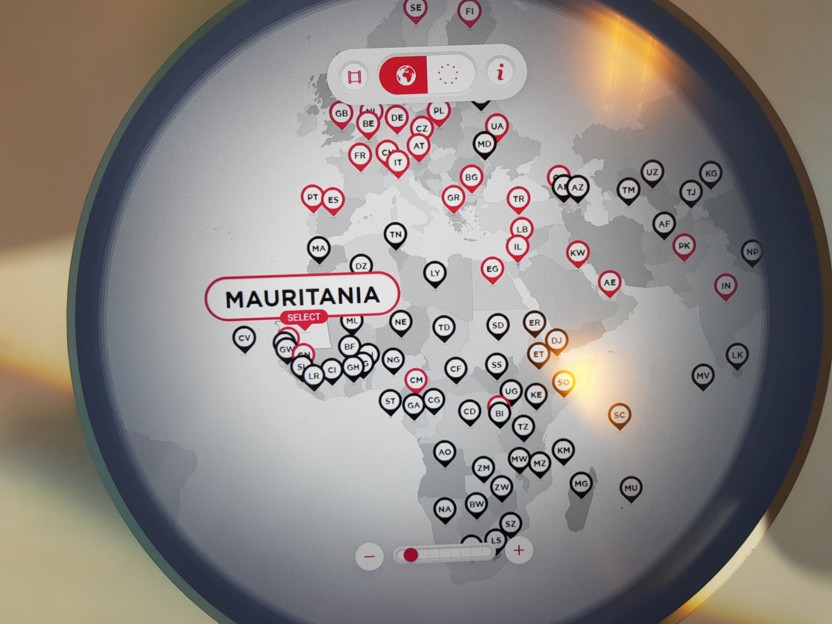 The first thing I saw was a massive interactive screen showing Africa. At the bottom of the screen was “Gilead’s Compassionate Access Plan.” and a little rave about how Gilead’s compassionate plan was helping poor people in poor countries around the world with Hepatitis C access treatment. There was a marker for each country and the thing to do was click on the marker and it would give some information about the Hep C situation in that country. So I clicked on the marker for one country and then another only to discover that there was really no useful information hidden in the marker! Nothing about how many Hep C infections, nothing about treatment strategies… nothing at all.
Exactly at that point a female employee of Gilead walked over and asked me if she could help. I explained that I was particularly interested in the Hepatitis C situation in Africa (which is entirely true) and I would like to know about the Hep C situation there and how access to treatment was going.
She apologised that she could not help me but handed me over to an African guy introducing him as the person in charge of Gilead’s activities in Africa. He was an African man from Senegal now living in the USA.
Now this was great, because I really did want to know what the situation was in Africa as I have recently seen an increase in the number of enquiries I get from people with Hep C in Africa.
I had found it very difficult to get an solid figures about Hepatitis C infection rates in Africa but the general option seemed to be that they were very high. Possibly between 5% to 7%. 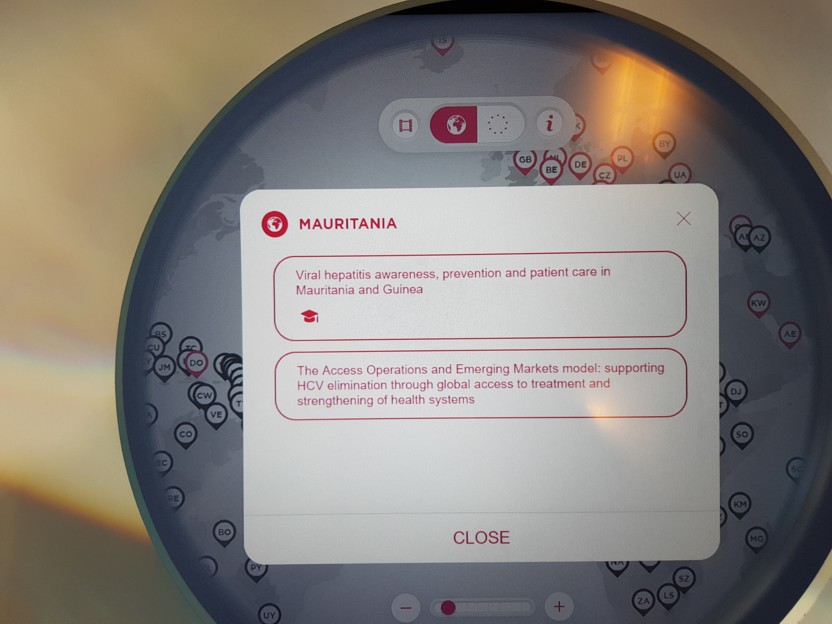 I also knew that the great number of African people with Hepatitis C were poor so that even affording Indian generics would be a problem for many.
So I began this conversation with anticipation of some light being shed on Africa, particularly what Gilead’s Compassionate Access Program was doing to help people there.
So I asked a few simple questions such as what the infection rate was, on average, in Africa. To cut a long story short this guy did not know. So I asked about the Gilead Compassionate Access Plan and got a very long answer about how only Sofosbuvir had been approved and that drugs like Harvoni and Epclusa needed to be approved by each individual country and this was an ongoing thing on a country by country basis.
Right…
So I decided to get specific and asked about Nigeria. What was the situation in Nigeria?
Well according to this guy there are a lot of people in Nigeria who can afford to pay full price for Harvoni or Epclusa and that many people prefer to buy the brand version rather than the generic version.

Okay, I asked, but what about all the poor people in Nigeria who could not even afford the generic version.
Gilead’s guy explained to me that these people had access to treatment through Gilead’s Compassionate Access program. He explained that all that needed to happen was that the poor infected person had to get the Compassionate Access form and download it off the internet, print it out and then take it to his or her doctor. The doctor would fill it in and explain that the person would die soon if they did not get treatment and that they could not afford to buy the treatment. Then the doctor had to sign the form, send it to Gilead in the USA and Gilead would give it due consideration and probably send the medicines for only $125 per bottle.
Again, to cut a long story short, I asked how people in Nigeria had been able to access Gilead’s Compassionate Access Plan.
Well it turns out the answer to that was NONE.
So how many people in all of Africa had accessed Gilead’s Compassionate Access Plan?
Again to cut a long story short… It turns out the answer is “One.” A person from Cameroon had done it.
So in all of Africa one single person, out of about 30 million people with Hep C, had got treatment through Gilead’s Compassionate Access Plan.
I have to admit that even I, a great cynic, was surprised by this appalling number. It was a sad, pathetic joke. A joke on humanity by an inhuman company.
But there are some very good things happening at EASL, on the fringes, not where the BIG money is and I will report on some of these in my next post.