I am from Bosnia. I really don’t know where to start with my Hep C treatment. I am trying to get money to do Hepatitis C RNA PCR tests, it’s around 100 EUR for that test here.

What should I do after?

Is it necessary to do Genotype test? The genotype test is very expensive here, more than 200 EUR, almost my entire monthly income.

Can you please help me? I don’t know whom to trust anymore. Too many groups and enthusiasts. My salary is around 300 EUR per month, what can I do with that. I have a daughter, her mother is in Germany, don’t want to know about us.

My infection is probably more than twenty years old, got it during the war with Serbia.

Can you somehow help me start with this, I need to live some time longer, my daughter is still too young…

Many low-income countries do not even have genotype testing facilities and blood samples must be sent off-shore to be tested. (ref)

In “First World” countries the “normal” pre-treatment testing protocol for people who have tested positive for HCV antibodies generally runs something like this:

Included in the above testing might also be a Fibroscan, an ultrasound or even an MRI scan.

Many Third World countries have no RNA or genotype testing facilities. (ref)

For these reasons it is important to develop a protocol, or testing regime, that will help people in low income situations suspected of being infected with the Hepatitis C virus.

This work will propose alternative testing options for people with Hepatitis C in low income situations that will enable treatment and then post treatment monitoring for these people without bankrupting them or putting them into years of debt from loan sharks and money lenders. The people that this applies to may be poor people in rich countries such as the USA or poor people in poor countries such as Nigeria or Nicaragua, Serbia or the Philippines.

Because viral load and genotype testing in low income countries is extremely expensive relative to a person’s income, the best option for people infected by Hepatitis C in low income countries is to use a drug combination that treats all genotypes of Hepatitis C. Sofosbuvir 400mg + Daclatasvir 60 mg for 12 weeks is an effective treatment against all genotypes of Hepatitis C and is the currently the cheapest treatment option available.(Ref)

Whilst the ideal test procedure is approximated by the following sequence: Antibody test > genotype test > liver function test > treatment > post treatment viral load test. This is often not possible in low income countries either because of the costs involved are prohibitive or because the testing is simply not available. (Ref)

If it is possible a Liver Function Test should be taken before beginning treatment. Any high liver enzyme levels should be noted for comparison at end of treatment.

Once treatment is completed a RNA test should be taken 12 weeks after end of treatment, if it is possible.

If liver enzymes were high before starting treatment and they remain within normal ranges after completion of treatment, then a cure can be assumed.

The logic of this test protocol is as follows:

If a patient tests positive for HCV antibodies there is approximately an 80% chance that they are infected with Hepatitis C. (Ref)

If a patient tests positive for HCV antibodies and has elevated liver enzyme levels then there is a better than 90% chance that that patient is infected with Hepatitis C.

If this patient is treated with a pan-genotype DAA such as Sofosbuvir + Daclatasvir and has a liver function test 3 weeks into treatment and this test shows a significant improvement in liver enzymes this can be considered as confirmation that the patient was infected with Hepatitis C. 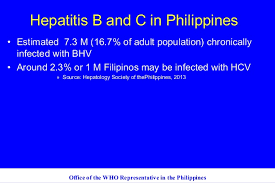 E… is a Filipino man in his mid 40’s who sent me an email asking for help and advice. E…. has tested positive for Hep C antibodies. His income is 8,000 pesos per month (less than US$200 per month). Of his monthly income  90% is spent on food, shelter and other necessities. So he has about US$20 per month of disposable income. A Hep C Quantitative RNA test would cost him about US0 and a genotype test about US0. In other words it would take him about one year to save enough to get an RNA test and a further 2 years to save enough for the purchase of a generic Hep C treatment.

He has Hepatitis C symptoms including dark urine and fatigue.

I suggested that he get a Liver Function Test and that if the liver function test shows elevated enzyme levels, combined with the presence of the HCV antibodies and the symptoms of a HCV infection, then it is likely that he has an active Hep C infection and he should consult with his doctor about doing a 12 week treatment with a pan-genotype treatment such as Sofosbuvir + Daclatasvir.

In high net income countries such as in Europe and the USA the tests associated with commencing Hepatitis C treatment are either provided by government health services or health insurance for free. If the tests are not available for free the actual cost of testing represents a relatively small cost as a percentage of the individual’s net income.

For example, a genotype test in the USA may cost around US0, less than the average daily wage in the USA, which is around $200 per day. (ref)

Likewise, an RNA test in the USA costs around US$90, or about half the average daily wage.

However, in low income countries, such as the Philippines or Serbia, the cost of a genotype test may represent more than one month’s wages. In the Philippines more than half the wage earners earn less than US0 per month. (Ref)

In Serbia the situation is the same with average wage about US0 per month. Whilst in African countries a high percentage of the population earns less than US$200 per month. For example in Nigeria the minimum wage is US per month. (ref)

In the Philippines and in Serbia a genotype test will cost above US0 or close to one month’s wages.

Even worse in many countries genotype and viral load testing is not even available and blood needs to be sent to another country for testing.

For example there is no genotype testing laboratory in Nicaragua so blood must be sent outside the country. A genotype test in Nicaragua costs around US0, almost double the price as a 12 week treatment using Sofosbuvir + Daclatasvir and equal to more than one years wages for the average Nicaragua worker.

“According to the World Bank, as cited by USAID, Nicaragua is now the poorest in Western Hemisphere, with an average per capita annual income of US$430.”

When considering the relative cost of Hep C testing it is important to remember that in low-income countries there is very little disposable income, meaning that the poorer people spend at least 90% of their monthly income simply meeting their basic needs of food, clothing and shelter. This means that in real terms it could take years to save enough money for a genotype test or viral load test.

Conversely the cost of treatment of Hepatitis C with a pan-genotype DAA is now available for less US0 in many third world countries. Whilst it is great to see prices for Hep C medication falling even this low price still represents a vast amount of money to the poor people in these low income-countries who have Hepatitis C.

Meaning that finding US0 for a 12 weeks Hepatitis C treatment is extremely difficult.

When a patient has to find US0 for the treatment and then add another US0 for a genotype test and another US on a viral load test finding that sum of money becomes all but impossible.

For this reason, I am suggesting a simpler and cheaper testing procedure.

This test tests for Hep C antibodies that are generated by the patient’s own immune system. If Hep C antibodies are present this means that the person has been infected with HCV at some time in the past.

It is known that about 20% of people will clear Hepatitis C in the first 6 months of infection using their own immune system and the other 80% will develop chronic Hepatitis C. (ref)

If a person presents to a medical practitioner with HCV symptoms and tests positive for the HCV antibody it would be reasonable to conclude an active HCV infection.

It is not ideal but if testing is not accessible (for whatever reason) this protocol is the best option available.

Second Option: The Antibody Test plus the Liver Function Test

If a person has tested positive for Hep C antibodies and has elevated liver enzymes, then it can be reasonably assumed that they have Hepatitis C and should commence treatment using a DAA combination that will treat all genotypes.

If a Liver Function Test is taken 8 weeks into treatment with DAAs and the liver enzymes have returned to normal levels this can be seen as a 100% confirmation of an HCV infection.

Currently the most affordable pan-genotype Hepatitis C treatment is Sofosbuvir 400 mg + Daclatasvir 60 mg. A 12 week treatment with Sofosbuvir and Daclatasvir will give a cure rate of better than 95% for all genotypes except genotype 3 where cirrhosis is present. (Ref) If it is possible a longer treatment period of 16 weeks will improve cure outcomes if G3 infection is considered possible.

Once treatment is ended a liver function test should be taken and again 6 months after end of treatment and once a year there after. If liver enzymes continue to remain within normal ranges a cure can be assumed.

Whilst the low-cost testing option will not be seen as ideal by some medical professionals in First World countries it comes down to the simple issue of a patient being treated for Hep C when there is a 90% + chance that this person has chronic  Hepatitis C.

Put another way, would it be right to withhold treatment from a person who is symptomatic of Hepatitis C, and tests positive for HCV antibodies, purely because they can not access the normal testing regime? 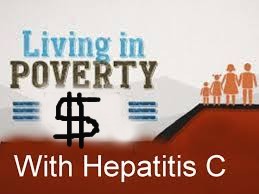 (Remember that pathology test services in a lucrative industry)