Well here I am in a train again… this time hurtling back to London on the Eurostar to reunite with my wife there.
It has been a very hectic 24 hours in Paris, which I spent entirely within the confines of the conference centre. It was hectic and exhausting but also very rewarding.
Whilst there was a lot at the EASL conference to remind me of the greed and corruption associated with the pharmaceutical industry there was also a lot to remind me that there are plenty of good people and good organisations trying to really turn things around for people with Hep C.
There are genuine scientific breakthroughs happening related to the treatment of Hepatitis C and Hepatitis C treatment costs. There are important discoveries related to Hepatitis C treatment options and methodologies. There are Not For Profit organisations trying hard to find ways of getting around Big Pharma’s barriers and blockades to improve access to treatment for all people with Hepatitis C, particularly in the poorer nations where even the cost of generic Hep C treatment is too much. 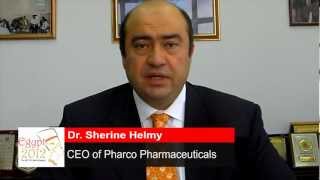 Amongst the many interesting people I met a standout was Dr Sherine Hassan Abbas Helmy who now runs the Egyptian pharmaceutical manufacturer Pharco, which was founded by his father Dr. Hassan Abbas Helmy in 1983. Pharco is working with several groups including Drugs for Neglected Diseases initiative and MSF (Doctors Without Borders) to provide low cost generics to various countries around the world. By low cost I mean under US$300 per treatment.
Pharco has supplied MSF with Sofosbuvir + Daclatasvir at about US$130 per treatment. Of course this purchase price was based on a huge purchase of the drugs. The exact volume both Pharco and MSF are not willing to share but one can guess that it is in excess of 100,000 treatments. As we know the cost of actually manufacturing one 12 week treatment of Sofosbuvir and Daclatasvir is less than US$50 even at that discounted price Pharco is still making a huge profit. But it is a fair profit, not the obscene profit that Gilead and the rest of Big Pharma make selling into captive markets.

Sherine himself is an unusual and engaging fellow, wealthy beyond my imagining, but who has a delight in showing off his magic tricks (the disappearing coin and the disappearing handkerchief) while talking about providing generic Hepatitis C treatment at a fraction of the cost of even the Indian generic prices.
As I listened he talked about various aspects of the global Hepatitis C situation.
He did not seem to begrudge Big Pharma its profits but rather saw the world divided into countries where Gilead has patents and countries where there are no patents. In the countries where there were no patents he saw Pharco as being a kind of pharmaceutical Pharaoh. A benevolent pharaoh dispersing Hepatitis C medicines at a fraction of the cost of even the Indian generics. 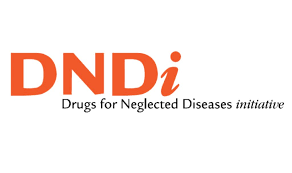 DNDi is one of the few truly independant NGOs associated with the fight for Hepatitis C treatment. Unlike many Hepatitis “advocacy” groups DNDi is not owned by Big Pharma,

Apart from its work with MSF Pharco is also working with DNDi to produce a new Hep C drug combination in a single pill using Sofosbuvir 400 mg + Ravidasvir. This combination of drugs gives overall cure rates of around 97% including Genotype 3. This puts it on par with Epclusa and slightly better than Sofosbuvir + Daclatasvir for treating G3. It is hoped that this new combination will be available at a price of around US$300 per treatment.
I will talk more about this in my next post.

Ravidasvir + Sofosbuvir may represent one of several new, low cost, drug combinations that will force Big Pharma to drop its prices

So to conclude there is some really good news on the horizon for people around the word with Hepatitis C and a lot of good people trying to make treatment both affordable and accessible.
However to counter this Big Pharma is making frantic efforts to sell as much of its grossly over priced medicines as fast as it can to governments around the world, using every dirty trick at its disposal to stitch up deals before the price comes tumbling down.