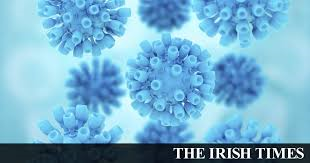 (With special thanks to Debra James)

In Ireland, the rate of Hepatitis C infection is one of the highest in the EU at about twice the international average, approximately 2% of Ireland’s population. As Ireland’s current population is just under 5 million this means that there will be close to 100,000 people infected with Hepatitis C In Ireland. Despite these high numbers of infections Hepatitis C treatment in Ireland is a mess.
Dr Jack Lambert, a Principal Investigator of HepCare Europe and Consultant at the Mater Hospital in Dublin, said:
“At its lowest estimate, we have 30,000 with the virus in the country. So far we have treated over 2,000 people.”
The 2015 Public Health Plan for the Pharmaceutical Treatment of Hepatitis C in Ireland estimated that there are 8,000 patients either at high priority need for treatment or who had been diagnosed. 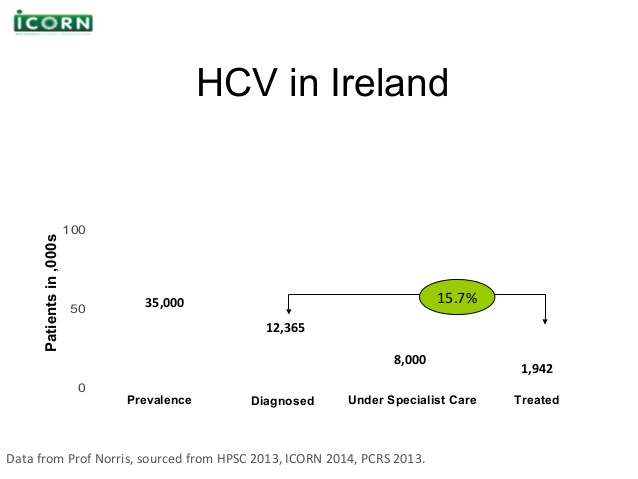 So it is obvious that there is no consensus in Ireland about the number of Irish infected with Hepatitis C. The only things that are clear is that the Irish public health system is playing down the numbers of Irish with Hepatitis C and that it is not treating anywhere near enough of it patients who have Hepatitis C.

Until mid-2017 a person with Hep C in Ireland had to have a Fibrosis score of F3 or more to get treatment in the public health system. In mid-2017 this requirement was “technically” removed.
However the requirement for a patient to have a fibroscan score of F3 before accessing treatment with DAAs effectively remains in place because the Irish health service still triages access to treatment… because it has no money! This is revealed in progress reports sent to EU monitoring bodies. These reports show that in practice the strict regime of ‘only the sickest patients need apply’ still determines who can access Hep C treatment in Ireland.

The reason for this is simple; the Irish Health Service has run out of money.

According to the 31 July 2017 Irish Times article: “Hepatitis C patients unable to get drugs due to funding problems”, the € 30 million allocated by the Irish Government to the Hepatitis C treatment program was already spent due to the extremely high prices being paid by the Irish for Harvoni, Epclusa and other Hepatitis C treatments despite these medicines being made in Ireland! Indeed, the Irish National Hepatitis C Program has told hospitals not to make any further applications for funding support for patients with Hepatitis C until treatment numbers are “realigned”.

The Irish Times article dated 21 August 2017, reported more details of the breakdown of the program. It reported that the treatment of hundreds of patients with hepatitis C with potentially life-saving new Hep C drugs has been abruptly halted due to the program’s funding problems. The program aimed to treat up to 1,600 patients this year with increased funding from the Government, but fewer than 900 patients were treated prior to the imposition of the funding freeze.
As well as the 600 registered patients whose treatment had not started, doctors say hundreds more have been diagnosed and are affected by the decision.
Lack of funding is being cited as the reason that treatment is not more widely available now. So even though there are no official “restrictions” limiting DAA treatment to those with F3 or higher fibroscan scores the reality is that access to Hep C treatment in Ireland is extremely restricted.

The Public Persona v. the Reality

The removal of the official clinical criteria of  people having an F3 fibroscan score was used by the Irish government and Hepatitis C “professionals” to make the claim that Hepatitis C treatment was freely available to all Irish with Hepatitis C. That claim looks great in the newspapers but the reality is that it is just as difficult to get treated for Hep C in Ireland in 2018 as it was in 2017 when the F3 criteria was in place.

The real worry is that according to World Health Organization figures there will be at least 1,200 new Hep C infections in Ireland every year so the current treatment rate is only just keeping pace with the new infection rate… it is not reducing the number of people with Hepatitis C in Ireland.
The irony is that whilst the Irish government has burned about € 30 million paying top dollar for Big Pharma’s expensive brand versions of Harvoni and Epclusa etc it has also worked hard to stop people in Ireland from importing generic Hepatitis C treatment.
So you have this familiar situation again where people with Hepatitis C are being stopped from importing generic Hep C treatment by their government whilst their government is blowing its health budget buying mega expensive Big Pharma brands.
It comes down to this question: “Are all our politicians stupid or corrupt? Are the bureaucrats in our National Health Service stupid or corrupt?”  ….. Maybe its both?
In the meantime people with Hepatitis C in Ireland are actually in quite a good position because their closest neighbor, the UK has very favorable rules for importing generic medicines for personal use. In the UK there is no restriction on a resident there importing generic Hep C medication for personal use, it does not even require a prescription.

This means that a person in Ireland with Hepatitis C who wants to get generic Hep C treatment from India can cross the border into Northern Ireland and have the medication sent to an address there. Its about taking control of one’s own life and one’s own health not waiting for some puffed up health bureaucrat to say if and when you can get treatment. 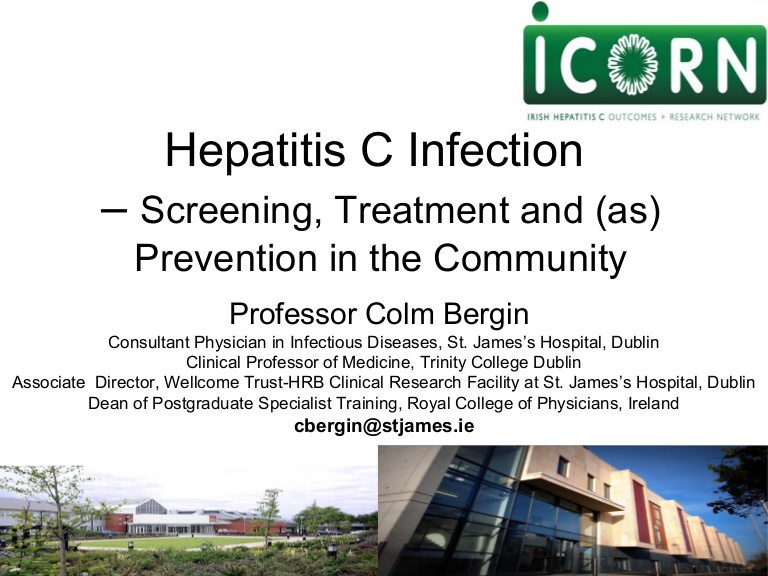