India Again: The battle for Access to Hep C Treatment 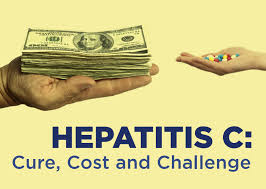 India Again: The battle for Access to Hep C Treatment

It seems that April is the time I am destined to visit India… The beginning of Summer, a time of heat, of sweat and dust.
My first visit to India was to Chennai in April 2015 to buy generic Sofosbuvir and defeat the Hepatitis C virus that was rapidly devouring my liver.
The second trip was to Mumbai in April 2017 to participate in the filming of a US documentary about the predatory pricing of the big pharmaceutical companies. The documentary people had decided to use Gilead’s pricing of Hep C meds as the perfect example. Apart from being in the doco it was also a chance to meet in the flesh those people with whom I had been working with supplying Indian generic treatments to people around the world. Over the preceding two years we had developed strong friendships via the internet.
The third trip, this trip, is April 2018 and once more to Mumbai, this time to take part in another documentary in which I am the narrator, telling the terrible story of the nearly one million people who die every year from Hepatitis C simply because Big Pharma makes the cost of the cure so high that most people with Hepatitis C cannot afford treatment.
Part of this documentary deals with the extreme measures that Big Pharma uses to try to block access to generic Hepatitis C treatment, a subject that gives me a chance, now, to reflect on the year just passed.
Since April 2015 when India released generic Sovaldi Big Pharma has been working behind the scenes to restrict access to generic Hep C treatment and also to suppress information about the effectiveness of generic Hepatitis C treatment. 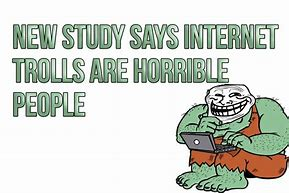 According to published statistics the facts are that people are accessing and using generic Hep C treatments has cost Gilead alone at least 2 billion dollars in lost sales over the last 12 months alone.
As part of the documentary we worked out that my own direct sales to people around the world have cost Gilead about $35,000,000 in the past year. This is not including people who have used the information I provide to access generic Hep C treatment from other sources.
So one can be quite sure that Gilead has a team of highly paid people, completely ruthless and unethical people, whose sole objective is to interfere with the generic sales, distribution and information. A troll house if you like.
So how have they dealt with me over the past 12 months?
Well in my case there have been some interesting and obvious things. The first, quite devastating blow I received from Big Pharma in October 2017 was when I received an email from my website host telling me that they were deleting my website.
To put this in context, my Hep C information website began with my first trip to Chennai in 2015 and grew to become one of the top ranked Hepatitis C resources on the internet.

In 2015 my webhost was a company called Homestead Technologies. Homestead was the brainchild of one man who had grown the company to be quite a large business. I had started with Homestead in about 2001 when I made website about maritime history and shipwrecks on the Australian east coast.
I went on to have a number of websites with Homestead Technologies, mostly on some type of historical subject such as Tasmanian Aborigines and other aspects of Tasmanian history.
Sometime between 2015 and 2017 Homestead Technologies was bought out by a huge USA based IT company based in Burlington (Mass.) called Endurance International Group. Of course the question of who actually owns EIG is something of a mystery because of its corporate structure shows that is owned by holding companies that are owned by other holding companies. However we do know that at least one of the directors on the Board of EIG is also a director of a certain huge US Big Pharma company.

So out of the blue my website was shut down, without any right of appeal or any explanation. That website represented more than two years of accumulated resources about Hepatitis C and treating Hepatitis C. Hundreds and hundreds of hours of writing. Hundreds of indexed posts. It was the end of one of the highest ranked Hep C websites in the world. Done and gone, torn out of cyberspace and destroyed.
Fortunately I did get 48 hours’ notice before they actually deleted the site, this enabled me to put out an appeal for help on social media. The response was quite wonderful and several people downloaded and archived my website.
However the damage was serious… the website was gone and would have to be built again from ground zero. The new website would have no Google ranking at all and it would take weeks of hard work just to recreate the website and then many months before Google would begin to rank the site.
But there was no other choice so for the next several weeks I worked feverishly to build a new website. Many people helped me and actually the new website ended up being much better than the old one, but in the mean time enquiries and emails from people needing help dropped by 90%. I had become invisible.
It was a truly devastating blow. And to add insult to injury they also wiped out all of my other history-based websites. No right of appeal, not explanation given.
More than 15 years of work and accumulated resources was gone.
But that’s life and, to be completely honest, I had actually been expecting some kind of serious attack on my website for some time. Though I had been thinking in terms of some type of hacking event… this was much more effective and much more devastating.

Where did that email go? Big Pharma’s Hacking Squad
The destruction of my website was the biggest attack of 2017 but not the only attack. My email account got hacked and somehow it was reconfigured so that when I replied to new emails the replies did not get sent to the person I was replying to. It took me a while to realise this was happening because I could still communicate with people who were already existing on my emailing list. So only new enquiries from people looking for information about generic Hep C treatment received no reply.
They showed up as sent in my “sent” mail box but were never received
Eventually I noticed something was wrong when someone wrote to me via Facebook and told me that they had sent me an email and that I had not replied.
So, I then went through and emailed people using a different email address and found that none of them had received a reply, even though the reply was in my sent box.
Again, I got some advice from various friend and changed the security configuration in my email account.
The next attack was once more on my email account… this time the attacker blocked all emails from my new website via the “Contact” form. Another volunteer helped me once more adjust my email security. The next thing that happened was that emails sent from my website did not get sent to my email address. I noticed this quite quickly because suddenly I was getting no emails from my website. So we went through my website and found where it had been hacked and made some changes again.
Taking advice from James Freeman and a couple of other people I purchased a new computer and installed a better anti-virus service and changed all my passwords again.
So… eventually I solved the email issues but that was certainly not the end of attacks on my work. Big Pharma’s trolls were just started. In my next post read how they attacked my social media sites with the help of one well placed infiltrator.