Eldred Tellis and the Sankalp Trust

One of the great highlights of my visit to Mumbai was meeting with Mr Eldred Tellis who for the past 35 years has been working with the injecting drug users on the streets of Mumbai through the Sankalp Rehabilitation Trust, which is dedicated to stopping the spread of HIV and Hep C amongst IV drug users. Sankalp also works to empower drug users to take charge of their health and lives.
Part of his work is helping people access treatment for Hep C and HIV, which he does through a variety of ways, including advocating for cheaper medicines and fighting Big Pharma in the courts of India.

In 2012 Eldred achieved a major victory against the Swiss pharma giant Roche when he challenged their Indian patent on pegylated interferon, which at that time was the best treatment option for people with Hep C.
As with the Sofosbuvir based Hep C treatments of today pegylated interferon was outrageously priced at around US$50,000 per treatment. Obviously this price put treatment out of reach of most Indians with Hepatitis C.
Eldred argued in court that the drug was not sufficiently novel to deserve a patent and that the patent should be revoked so that generic versions could bring down the price and make the medication more available to people with Hep C in India.
Ultimately the courts agreed making this a victory for justice. A great victory when a single man fought the good fight against one of the global pharmaceutical giants and won.
However, Peg became obsolete shortly after this great victory as Sofosbuvir came onto the market as a much more effective treatment for Hep C.
Applying for a patent in India is a priority for most Big Pharma companies because they know how robust and competant the Indian pharmaceutical industry is, so it was one of the first non-Western countries Gilead lodged a patent application for Sofosbuvir in.
Knowing Mr Tellis’s reputation for fighting unfair medical pricing in the courts Gilead sent a delegation of seven vice presidents to Mumbai to meet him and try and buy him off.
That delegation was staying at the Taj Hotel on the waterfront of the Mumbai harbour… one of the most luxurious and expensive hotels in Mumbai. Gilead invited Mr Tellis to also stay there for a few nights while they discussed things with him. 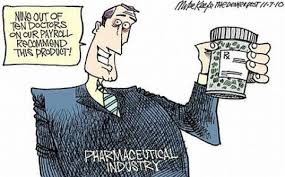 A few nights of luxury in a classy hotel sure must be tempting… and what other inducements might Gilead offer if he was to just step aside???  One man potentially blocking hundreds of millions of dollars in profits.

And please know that this is a method of bribery that Big Pharma uses successfully and often to buy the loyalty of government officials and medical professionals around the world. Big Pharma regularly pays for specialists to attend conferences, pays for business class airfares and accommodation in classy hotels. Pay them BIG money to give a half hour talk at the conference. Hard to prove that it is a bribe or corruption… but it is.
To cut a long story short Eldred Tellis is not a man who can be bought. He is a man of principle and honour. He laughed at their offer that he should stay at the Taj.
“With the cost of that room for 3 nights, how much good could I do for the poor living on the streets?”
Next, they tried to appeal to his compassionate nature and offered to supply free Sovaldi to the 300+ people in his care if he did not object to a $2,000 price tag for Sovaldi in India.
Here is a terrible dilemma for an honourable person. Do you get treatment for the 300 people you know and agree to a price structure that will place the medicine out of reach of most of the 20 million people in India who have Hep C?
Mr Tellis chose to fight for the greater good and argued with Gilead that $2,000 was outrageous and that it would mean 90% of the people with Hep C in India would not be able to get treatment. 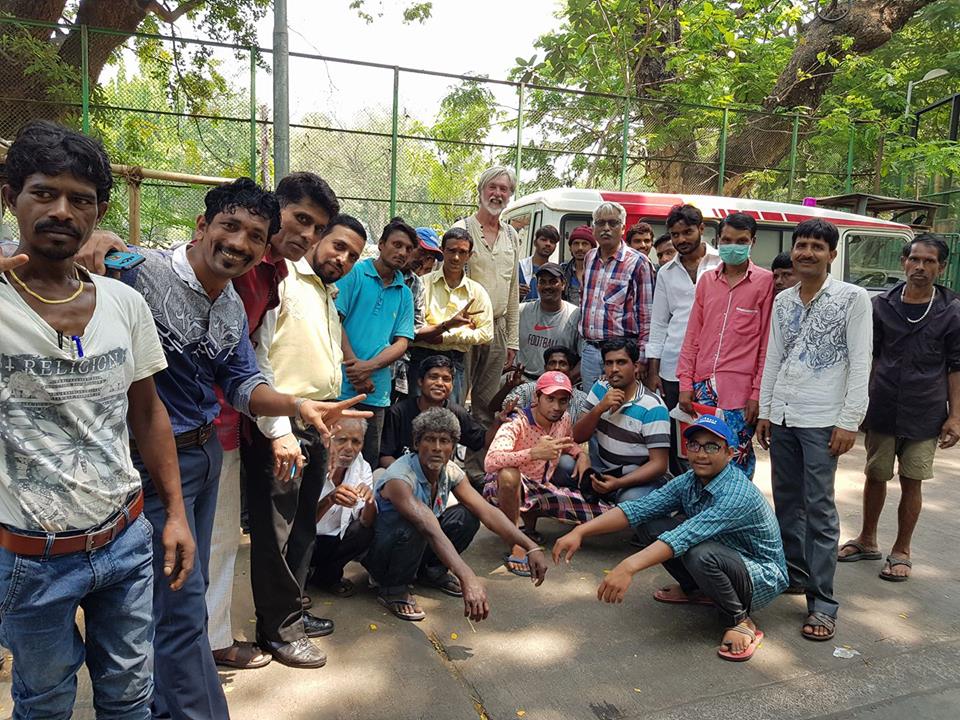 With Eldred Tellis at the Sankalp Drop-in Centre on the streets of Mumbai. People taking control of their health and their lives through the dedication of a small team of workers

So Sankalp has taken Gilead to court over its patent for Sofosbuvir and the price for generic treatment in India is now around $600 and Mr Tellis proved that some people cannot be bought, that some people will fight injustice no matter what.
As a result of the pressures that people like Mr Tellis put on Big Pharma the generic manufacturing industry in India and other countries continues to grow and to challenge Big Pharma’s straggle hold on global markets.
In the recent past the manufacture of generic Sofosbuvir and Daclatasvir in Egypt, where no patent was granted, has enabled MSF (Doctors Without Borders) to buy a 12 week treatment of Sof + Dac for about $125. They are currently treating all of the Sankalp members who are co-infected with HIV and Hep C.
So by holding out against Big Pharma Mr Tellis has helped push the prices down to a level where NGO’s like MSF can now afford to treat poor people in many third world countries.
Meeting Eldred Tellis and hearing his story was a great inspiration for me and I regret that my visit with him was so short as we had many things to talk about.