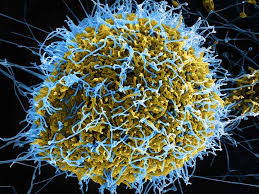 Hepatitis C genotypes are like different races, or breeds, of the Hepatitis C virus. Like different types of dogs, they have similar features but some minor differences.

These differences mean that they affect us slightly differently and also respond differently to treatment.

There are 11 different Hepatitis C genotypes but in most countries the first three genotypes represent the bulk of infections. These are genotypes G1, G2 and G3. Of these three HCV genotypes its is genotype 3 that is the most difficult to cure. Genotype 3 also does the most damage to the liver.

The History the Hepatitis C virus

Hepatitis C virus (HCV) is an infectious pathogen that causes damage to the liver. HCV was  first discovered in 1989 it was simply known as  non-A and non-B Hepatitis. It is the most common cause of chronic liver disease ending in liver cirrhosis and hepatocellular carcinoma. Globally, it is a significant cause of death and morbidity affecting about 180 million individuals around the the world, in every nation.

The Hepatitis C virus is so small it can only be measured in nanometres, one virus particle is about one fifty billionth of a metre (0.000000001 m).

Consequently, because the virus can not actually be seen, a better way to understand the terms HCV ‘genotypes’ and ‘subtypes’ is to compare them to things that we can more readily relate to. 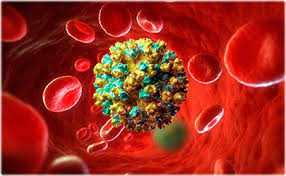 If we think of dogs we have at one end of the scale are wolves and bull mastiffs and at the other end of the scale we have poodles and terriers. So imagine these as being HCV’s genotypes. They are all dogs but have different characteristics and different things will happen if one attacks you. They will all do some damage if they bite you but a wolf will do more damage than a poodle.

If we carry on with the dog example there are also variations within genotype. For example you can have big wolves and little wolves. Aggressive poodles and friendly poodles etc. Similarly, within a Hepatitis C genotypes, individual viruses differ from each other within a particular genotype, but much more slightly than the dog example, these are the sub-types. 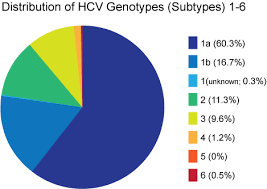 In 2018 there are two options for approaching Hepatitis C treatment. One is to take a genotype test and choose a medication that is specific to that genotype.

The other approach to treatment is to use what is called a “pan-genotype” medication. That is to use a drug that treats all genotypes of Hepatitis C. At this point in time drugs that will treat all genotypes of Hep C are Epclusa (Sofosbuvir 400 mg + Velpatasvir 100 mg), Mavyret (Glecaprevir + Pibrentasvir), and Sofosbuvir 400 mg + Daclatasvir 60 mg.

In many countries genotype testing is very expensive so using a pan-genotype medication is a much better economic option than getting a genotype test.

A recent analysis suggests that liver disease and treatment costs for people with hepatitis C varies depending on a patient’s genotype—and people with genotype 3 appear to have a greater severity of liver disease.

Chronic hepatitis C infection can cause serious liver damage, cirrhosis, and can also lead to liver cancer. Of the six major strains, or genotypes, of the virus and genotype 1 is the most prevalent in the United States. However genotype 3 appears to be the most difficult to treat.
This information comes from a study of the more than 10,000 people in the USA. The study had a genotype spread of  79% with genotype 1, 12% with genotype 2 and 9% had genotype 3.

“These findings support the notion that genotype 3 variant of the virus imparts a unique pathophysiology throughout the disease course,” the authors stated, also noting that the findings were similar to previous studies. 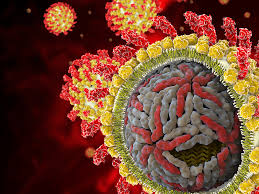